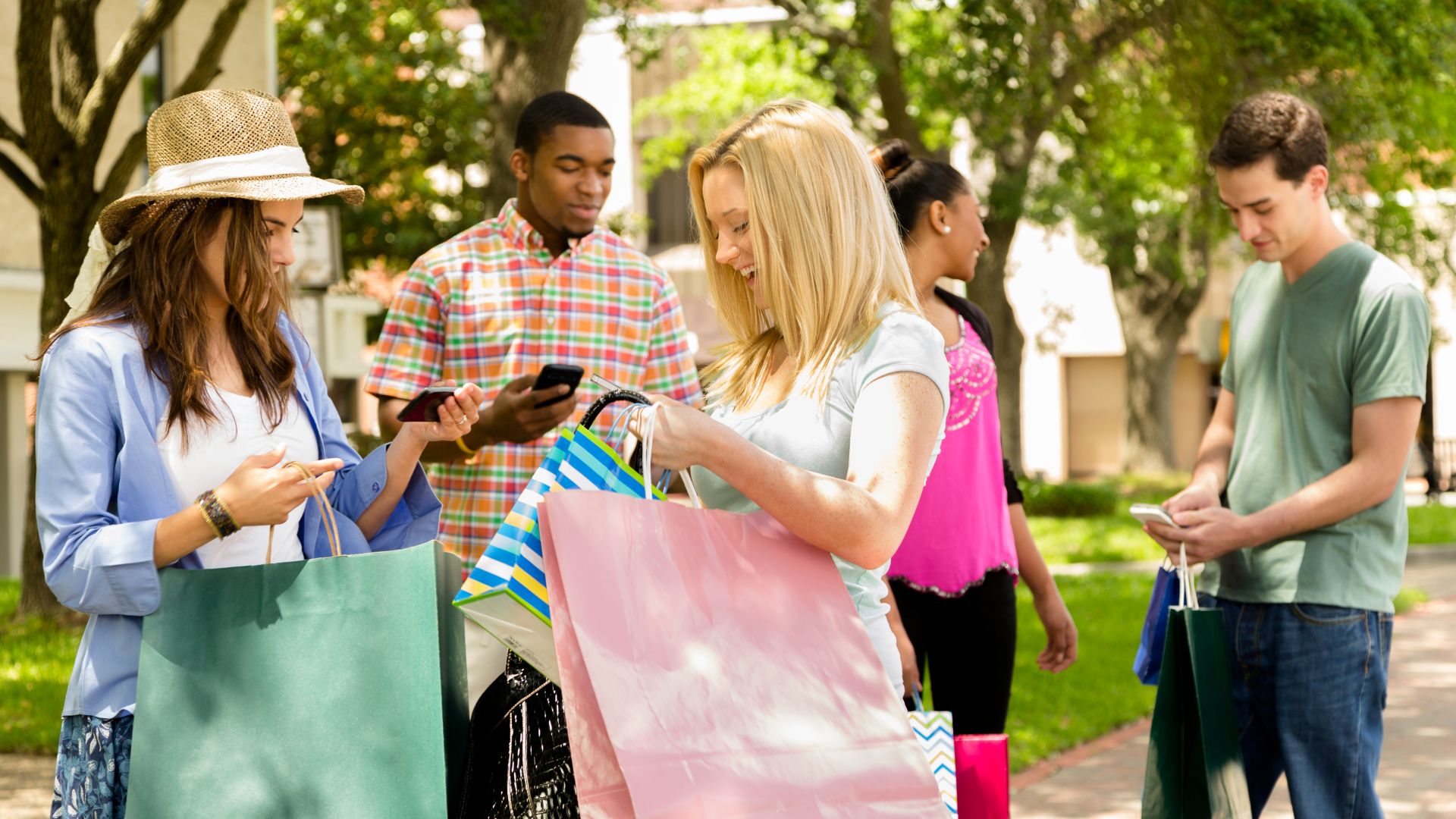 As a parent, you probably realize that your child’s friends influence their thoughts and behaviors in many ways. Have you considered how it affects their attitudes toward money?

While peer pressure is not just an adolescent thing, we know that teens are particularly susceptible. As young people start forming identities separate from their parents and build toward independence, they look to peers as reflections of who they are or could be, and as a source of shared identity. That group identity provides a sense of safety as they navigate this exciting but challenging phase of their lives.

The Cost of Trying to Fit In

Often hidden among the different types of peer pressure, financial peer pressure can be described as a need to “keep up with the Joneses”. It usually takes the form of kids feeling envious of what their friends have, and feeling like they must have it too — even if they can’t afford it.

“Too many people spend money they haven’t earned to buy things they don’t want to impress people they don’t like.” — Will Rogers

Teens and young adults experience FOMO (Fear of Missing Out) when their friends are going out every night, or getting the latest phone, game system, or sneakers. It’s natural for them to want to fit in with friends and not miss out on the things they are enjoying. But their spending needs to be in line with what they can afford.

A 2018 Credit Karma/Qualtrics survey found that 39% of millennials admit to overspending to keep up with their friends, even if it meant going into debt.

One insidious effect of financial peer pressure is that it does not only lead to kids buying things they can’t afford when they are with their friends but carries over into spending behavior in other areas of their lives. And overspending is one of the biggest obstacles to building wealth and the leading cause of debt accumulation.

“Those who follow the crowd usually get lost in it.” — Rick Warren

The Influence of Social Media

It’s important to realize that financial peer pressure does not only come from your teen’s interactions with friends. The media — particularly social media — plays a large role in sending messages about aspirational lifestyles and the things that are needed to achieve them. In a sense, marketers, and society as a whole become influential peers, as they encourage social comparison. And oftentimes, what’s being sold is a mirage, and the lifestyles found on social media don’t exist.

Studies have shown that despite today’s teens being fairly savvy media consumers, the nonstop onslaught of images on social media affects their sense of self-worth and leads them to conclude that others’ lives are happier than theirs. When people are sad or depressed, they tend to spend more as a way to temporarily feel better.

“Comparison is an act of violence against the self.” — Iyanla Vanzant

Overspending can have long-term consequences. It can become a habit and shape future behavior and can lead to crippling credit card debt.

More Than the Sum of Your Peers

Parents must play a role in guiding their children through the often perilous waters of adolescence, and helping them combat financial peer pressure is a part of that. Educate them about the tactics marketers use to get people to part with their money. Build their self-esteem and help them identify their values as a way of helping them develop a buffer between themselves and the dreaded FOMO. Praise them when they make healthy decisions that go against the crowd.

Finally, model good money management habits and educate your teens about the importance of financial responsibility. There are many resources to support you. Check out Wealth Building Academy for Teens, which contains self-paced video lessons that provide a good foundation for responsible money management.

“You cannot swim for new horizons until you have the courage to lose sight of the shore.” — William Faulkner 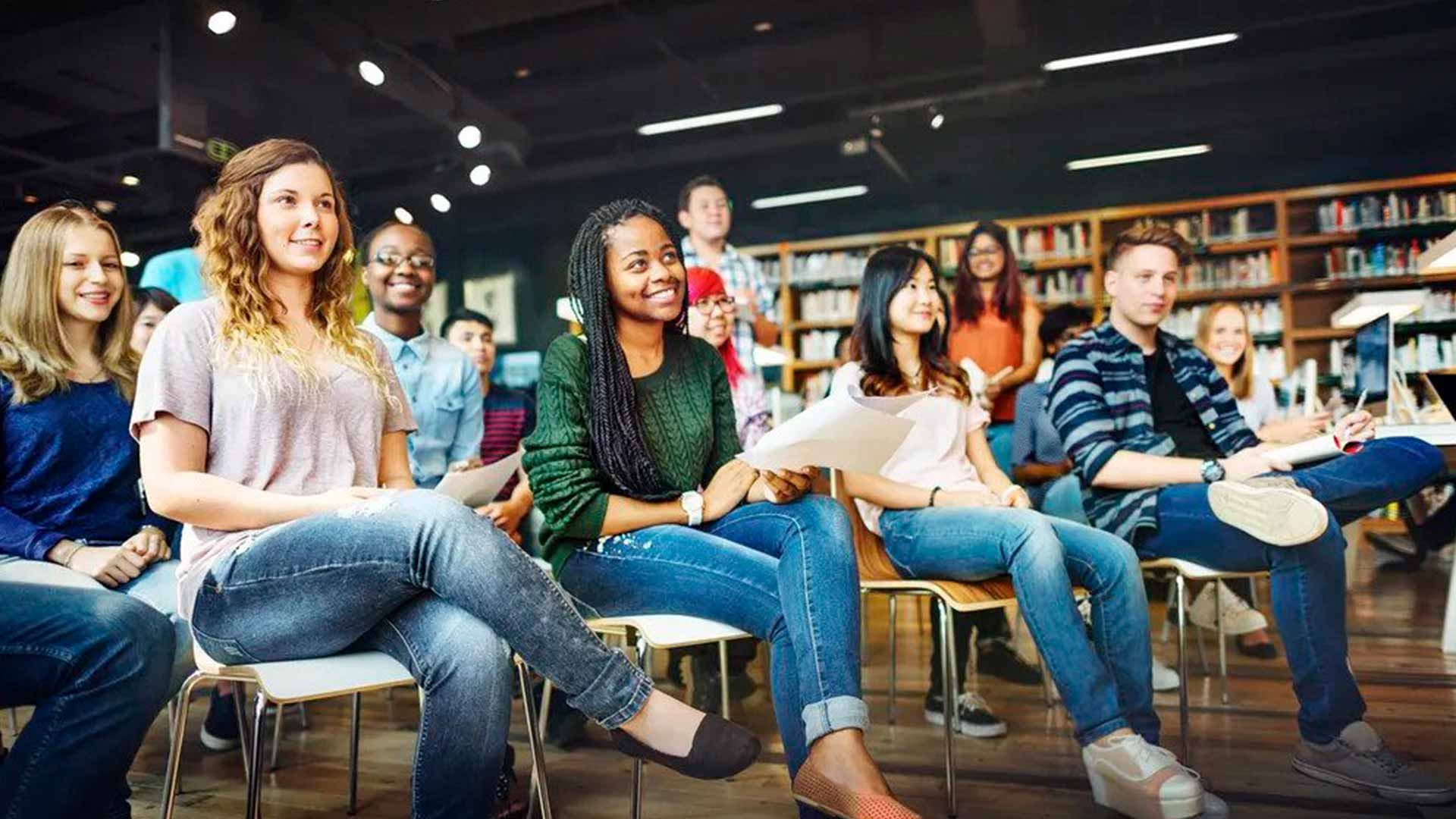